For the final leg of our journey, we say good-bye to Jerusalem and head back to the airport at Tel Aviv. First, however, we stop in Jaffa, known also in the Bible as Joppa. 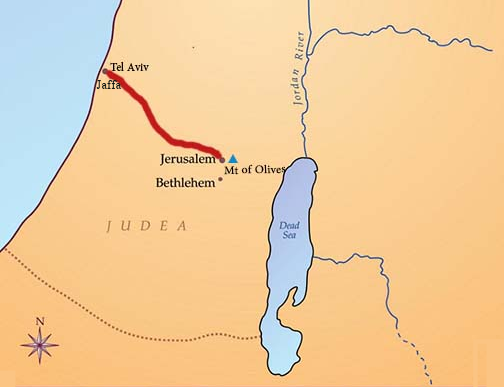 In Joppa there was a disciple named Tabitha (which, when translated, is Dorcas), who was always doing good and helping the poor. (Acts 9:36)

She died, but the disciples knew that Peter was in a nearby town, so they sent for him. Peter came, prayed, and God restored her to life. This became known all over Joppa, and many people believed in the Lord. Peter stayed in Joppa for some time with a tanner named Simon (verses 42,43) in order to use this opportunity for evangelization.

Meanwhile, up the coast at Caesarea there was a man named Cornelius, a centurion in what was known as the Italian Regiment. He and all his family were devout and God-fearing; he gave generously to those in need and prayed to God regularly. One day at about three in the afternoon he had a vision. He distinctly saw an angel of God, who came to him and said, “Cornelius!” … Send men to Joppa to bring back a man named Simon who is called Peter…

About noon the following day as they were on their journey and approaching the city, Peter went up on the roof to pray. He became hungry and wanted something to eat, and while the meal was being prepared, he fell into a trance. He saw heaven opened and something like a large sheet being let down to earth by its four corners. It contained all kinds of four-footed animals, as well as reptiles of the earth and birds of the air. Then a voice told him, “Get up, Peter. Kill and eat.”

“Surely not, Lord!” Peter replied. “I have never eaten anything impure or unclean.”

The voice spoke to him a second time, “Do not call anything impure that God has made clean.”

This happened three times, and immediately the sheet was taken back to heaven.

While Peter was wondering about the meaning of the vision, the men sent by Cornelius found out where Simon’s house was and stopped at the gate. They called out, asking if Simon who was known as Peter was staying there.

While Peter was still thinking about the vision, the Spirit said to him, “Simon, three men are looking for you. So get up and go downstairs. Do not hesitate to go with them, for I have sent them.” (Acts 10)

The location of house where Peter had this vision is now marked by St. Peter’s Church. This is the place where official evangelization of the Gentiles began. 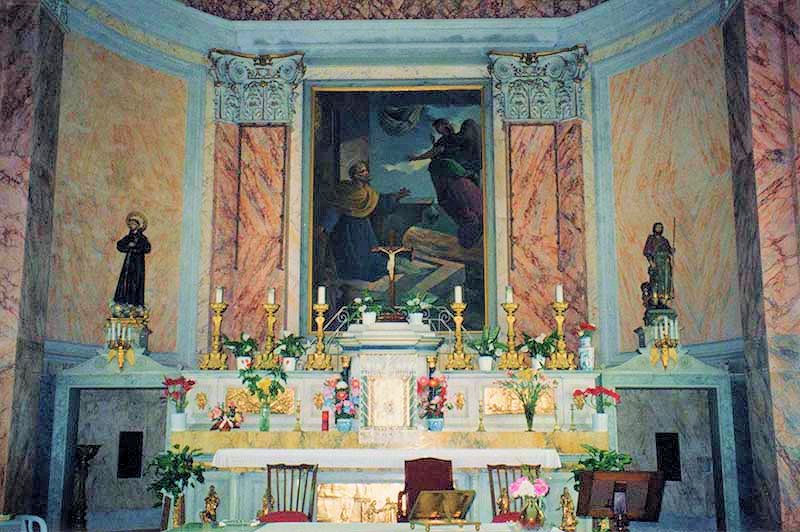