Next to St. Anne Church are the ruins of the Pools of Bethesda. 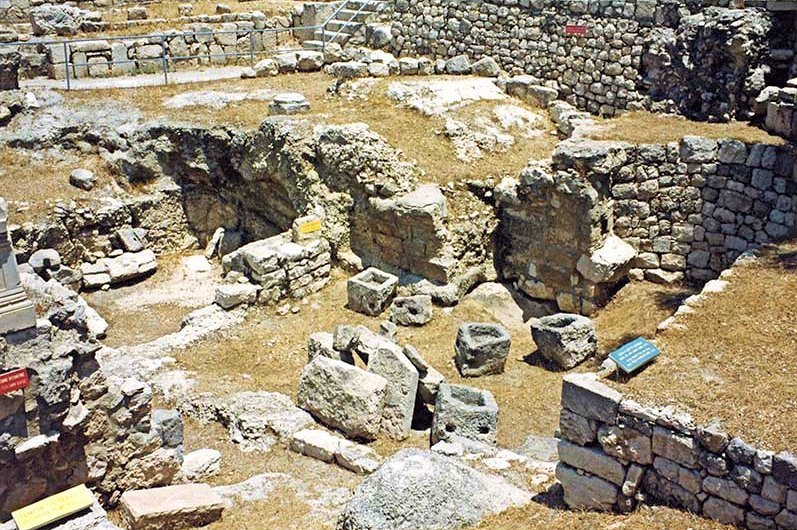 Below, the model shows where the Pools of Bethesda (square, red-roofed buildings) were located. Set up as Roman medicinal baths, they were a popular place of superstitious beliefs in healing located near the Temple Mount and Antonia Fortress. Jesus stopped here and showed that His power surpassed what the pagans believed: it was available to anyone, not just the one lucky person who jumped into the water first. 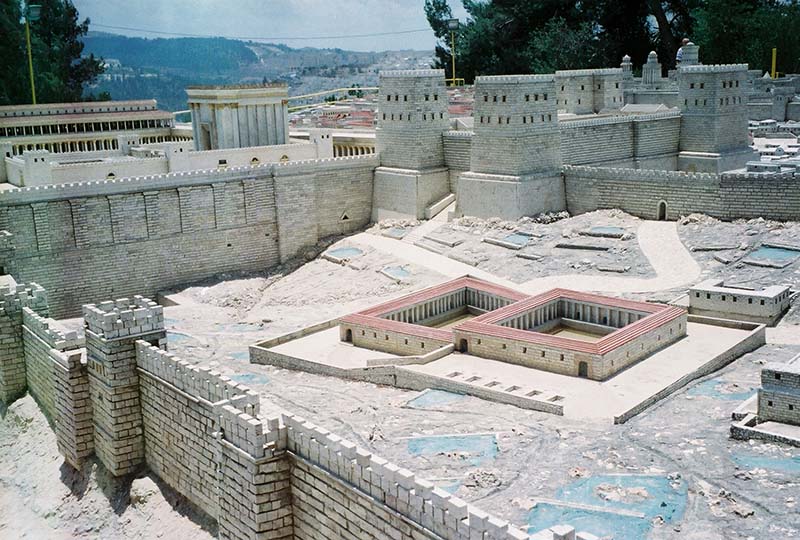 Now there is in Jerusalem near the Sheep Gate a pool, which in Aramaic is called Bethesda and which is surrounded by five covered colonnades. Here a great number of disabled people used to lie — the blind, the lame, the paralyzed. One who was there had been an invalid for thirty-eight years. When Jesus saw him lying there and learned that he had been in this condition for a long time, he asked him, “Do you want to get well?”

“Sir,” the invalid replied, “I have no one to help me into the pool when the water is stirred. While I am trying to get in, someone else goes down ahead of me.”

At the site today, you can see houses from modern Jerusalem, the ruins of a Byzantine church (red arrow) and a Crusaders church (blue arrow). Notice the stumps of church columns. The remains of the pools are at the bottom of the photo. 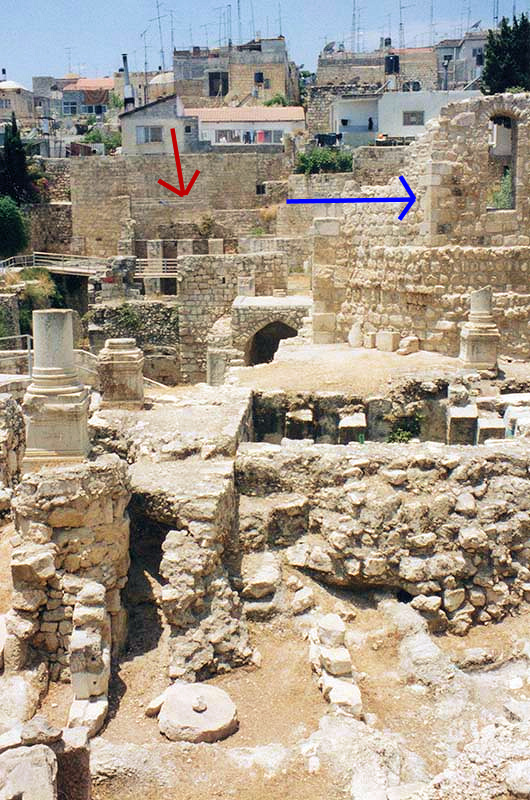