Next we travel the road to Emmaus (pronounced eh-mouse) in the footsteps of those disappointed, grieving disciples who had witnessed the death of their Messiah. 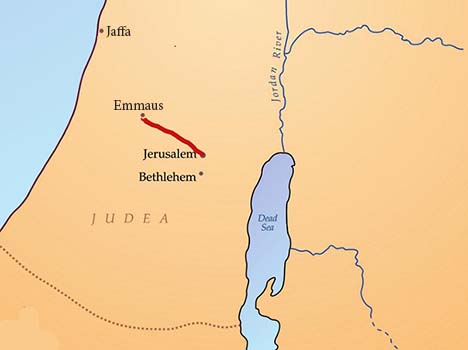 The site where Jesus broke bread with these disciples and revealed Himself is marked by the ruins of the 4th-century Byzantine church below. 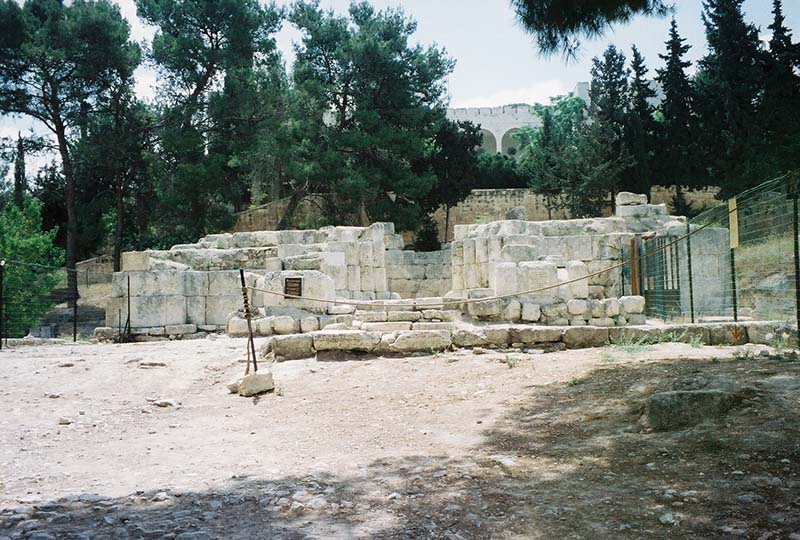 Now that same day two of them were going to a village called Emmaus, about seven miles from Jerusalem. They were talking with each other about everything that had happened. As they talked and discussed these things with each other, Jesus himself came up and walked along with them; but they were kept from recognizing him.

… And beginning with Moses and all the Prophets, he explained to them what was said in all the Scriptures concerning himself.

As they approached the village to which they were going, Jesus acted as if he were going farther. But they urged him strongly, “Stay with us, for it is nearly evening; the day is almost over.” So he went in to stay with them.

When he was at the table with them, he took bread, gave thanks, broke it and began to give it to them. Then their eyes were opened and they recognized him, and he disappeared from their sight. They asked each other, “Were not our hearts burning within us while he talked with us on the road and opened the Scriptures to us?” (Luke 24:13-16,27-32)