Here is the layout of the Garden Tomb. We’ve entered at #1 and are now standing in area #6, the “weeping chamber”. Area #4 is where someone’s body had been laid. Possibly Jesus’ body. 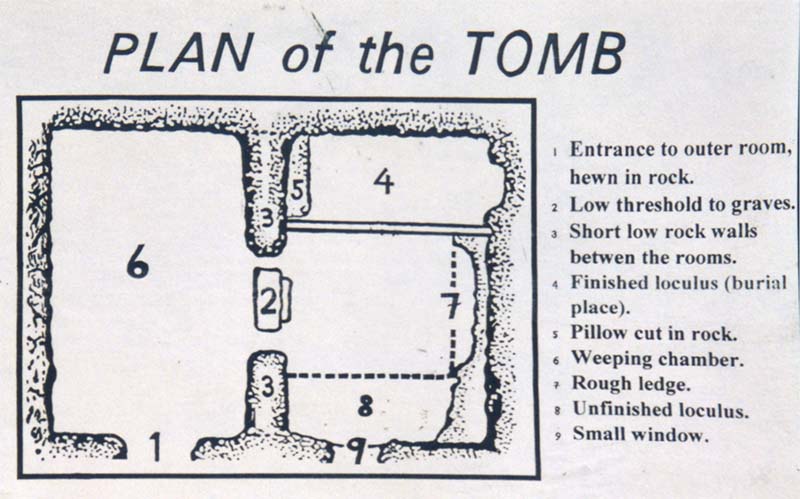 When the Sabbath was over, Mary Magdalene, Mary the mother of James, and Salome bought spices so that they might go to anoint Jesus’ body. Very early on the first day of the week, just after sunrise, they were on their way to the tomb and they asked each other, “Who will roll the stone away from the entrance of the tomb?”

But when they looked up, they saw that the stone, which was very large, had been rolled away. As they entered the tomb, they saw a young man dressed in a white robe sitting on the right side, and they were alarmed. (Mark 16:1-5)

The photo below shows the view into the tomb that Mary Magdalene and the other women would have had. The photo was shot from the tomb entrance. Imagine that the iron fence is not there. 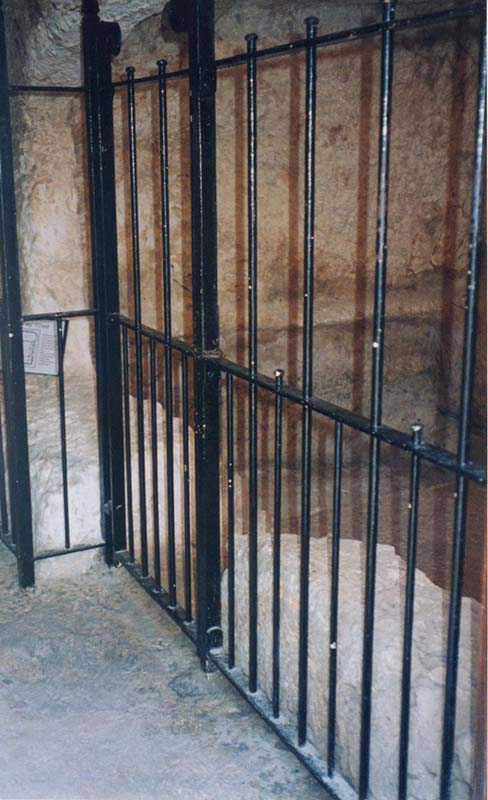 The next photo shows a full view of the burial chamber where Mary Magdalene and her friends expected to find the body of Jesus. 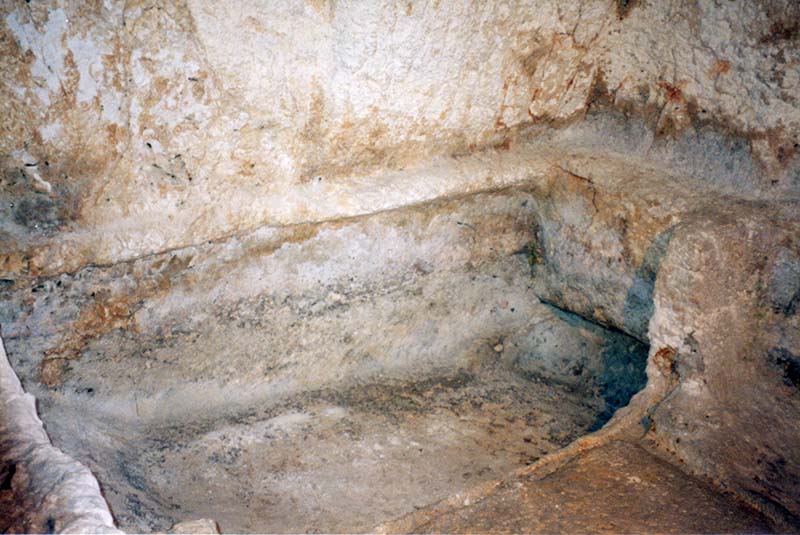