As evening approached, there came a rich man from Arimathea, named Joseph, who had himself become a disciple of Jesus. Going to Pilate, he asked for Jesus’ body, and Pilate ordered that it be given to him. Joseph took the body, wrapped it in a clean linen cloth, and placed it in his own new tomb that he had cut out of the rock. He rolled a big stone in front of the entrance to the tomb and went away. Mary Magdalene and the other Mary were sitting there opposite the tomb. (Matt. 27:57-61)

Is the Garden Tomb the kind that a rich man owned? Yes, according to evidence that our guide shows us. Holding a photo of a large cistern located underneath us, he explains that Joseph of Arimathea’s garden would have been a grove requiring much water. The cystern here is so large, it could only have belonged to a wealthy person, and it dates back to the time of Jesus. 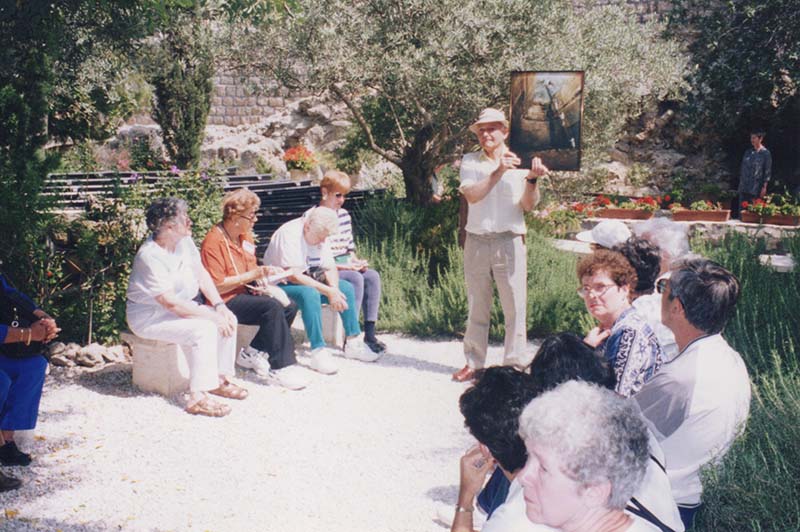