The modern-day Jerusalem rushes past the ancient city. 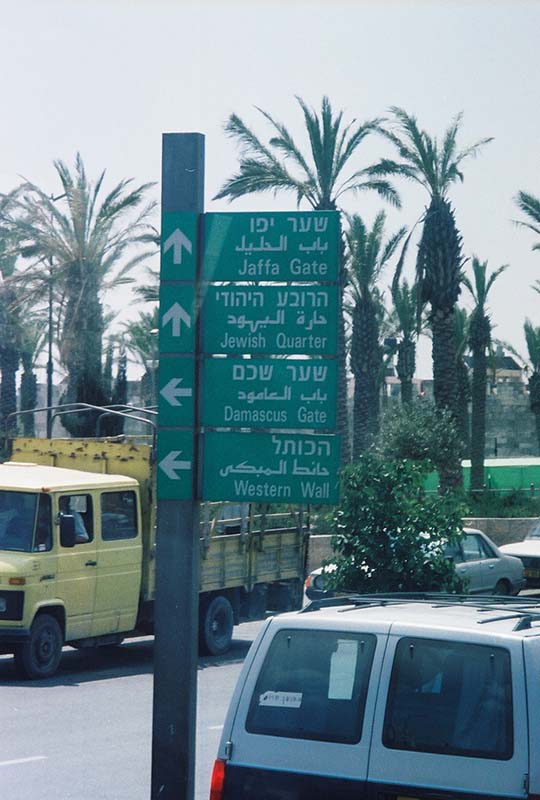 The disciples … brought the donkey and the colt, placed their cloaks on them, and Jesus sat on them. A very large crowd spread their cloaks on the road, while others cut branches from the trees and spread them on the road. The crowds that went ahead of him and those that followed shouted, “Hosanna to the Son of David! Blessed is he who comes in the name of the Lord! Hosanna in the highest!”