Notice the two side towers of the Church of the Transfiguration. At the base of these are chapels: one for Moses and one for Elijah. The main, central sanctuary is dedicated, of course, to Jesus. Thanks to this church, Peter, James and John finally have the booths or shelters they wanted for the amazing visit of Moses and Elijah! 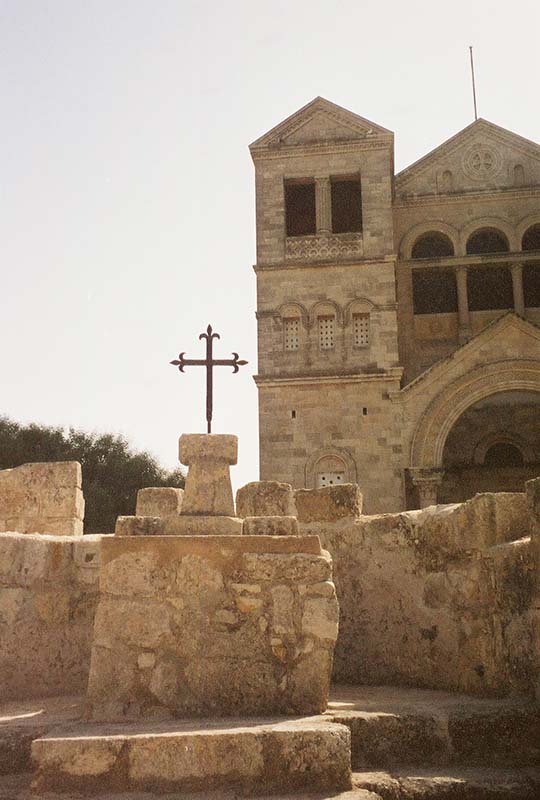 Jesus took Peter, John and James with him and went up onto a mountain to pray. As he was praying, the appearance of his face changed, and his clothes became as bright as a flash of lightning. Two men, Moses and Elijah, appeared in glorious splendor, talking with Jesus. They spoke about his departure, which he was about to bring to fulfillment at Jerusalem. Peter and his companions were very sleepy, but when they became fully awake, they saw his glory and the two men standing with him. As the men were leaving Jesus, Peter said to him, “Master, it is good for us to be here. Let us put up three shelters — one for you, one for Moses and one for Elijah.”

Now go back up to the top picture and enter the church by clicking on its doorway.