This is also where it is believed Jesus chose His twelve disciples from among all His followers, and called them into ministry. In the verses just prior to the Sermon on the Mount, we read: 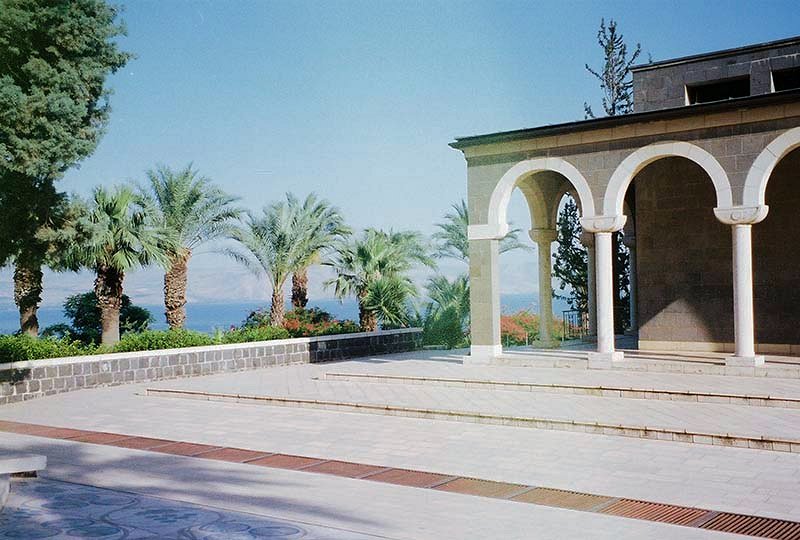 As Jesus was walking beside the Sea of Galilee, he saw two brothers, Simon called Peter and his brother Andrew. They were casting a net into the lake, for they were fishermen [possibly at that favorite fishing spot where the Church of the Primacy of St. Peter is now]. “Come, follow me,” Jesus said, “and I will make you fishers of men.” At once they left their nets and followed him.

Going on from there [it was not far to the place where He gave the Sermon], he saw two other brothers, James son of Zebedee and his brother John. They were in a boat with their father Zebedee, preparing their nets. Jesus called them, and immediately they left the boat and their father and followed him. (Matt. 4:18-22)

Lord Jesus, You are calling me to follow You more closely, to serve You more enthusiastically, and to evangelize by spreading more of Your love and Your truth to all those around me. I give You my YES! I will do it! Amen! 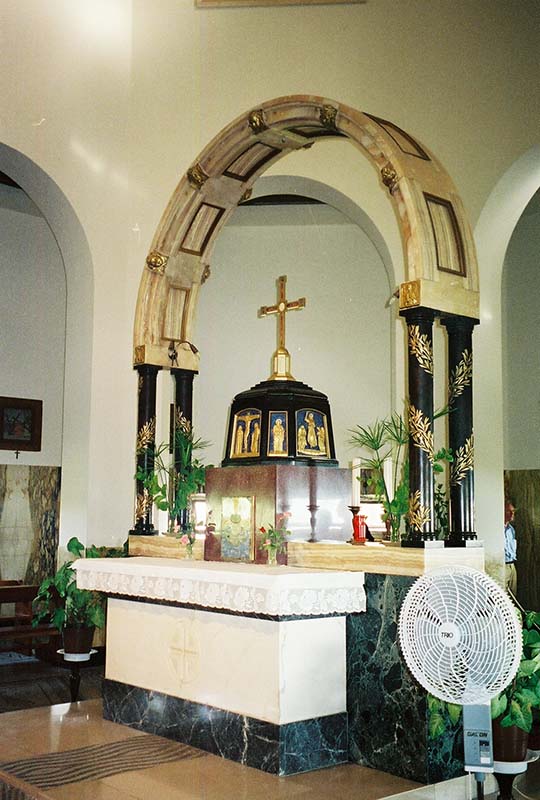 This photo shows the sanctuary inside the Church of the Beatitudes. Click on the Tabernacle where the Eucharist is kept to celebrate Mass in an outdoor chapel!